Magical Movements welcomes 1 year-old girls and boys to adults with a wide array of dance classes. Since our grand opening September 2003, students and their families continue to receive unsurpassed treatment. From taking class for fun, fitness, or your future, to a birthday celebration, our pleasant, educated staff will try its best to provide an enjoyable experience. We look forward to meeting you!

Upon entering Magical Movements, there is a warm, inviting feeling. The 2,000+ square foot space includes a spacious mirrored dance studio, private dressing room, kitchen, rest rooms, and waiting area – complete with closed circuit television to view classes. Located on the Harrison/Mamaroneck border, we are easily accessible from many Westchester towns and cities. Parking is plentiful, and shops are within walking distance. 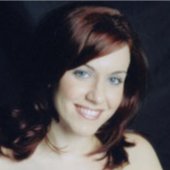 Linda Francica Laraqui began her performing arts training at 7 years-old. She studied many dance forms, earned the lead in her elementary school musicals, played the piano, sang solos with the chorus, and choreographed for various school events. Linda continued her studies at Manhattanville College, majoring in Dance and Theatre. She performed in the realm of renowned choreographers, created several pieces of her own, and was president of the college’s student dance organization. During this time, Linda danced on MTV’s Direct Effect, studied voice, and appeared in a TV commercial. She graduated with a Bachelor of Arts degree, magna cum laude, departmental and porfolio honors. Through the years, Linda has been awarded for her achievements in the performing arts. Before opening Magical Movements, Linda worked with children at studios, pre-schools, and artistic programs across Westchester County. With a childhood dream and the guidance of her entrepreneurial dad, she opened Magical Movements School of Dance in September 2003. Linda not only directs the studio, but teaches and entertains at birthday parties. Linda is thrilled to have one of her very first students, Alyssa Pellegrino, working alongside her to coach and choreograph The Shooting Stars, Magical Movements’ preteen-teen company. 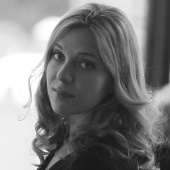 Tamara Babic has been dancing since she was 5. After graduating from the School of Classical Ballet in Zagreb, Croatia, she became a Corps de Ballet member of the Croatian National Theater, where she took part in performances, spanning the entire repertoire. In 2000, Tamara found her true calling in teaching, and never regretted exchanging the stage for the classroom. She holds a Masters in Education from the University of Zagreb, and is a qualified ballet and piano teacher. In 2010, she became a certified NYC Ballet Workout Instructor. Tamara is also an ABT® Certified Teacher, who has successfully completed the ABT® Teacher Training Intensive in Pre-Primary through Level 5 of the ABT® National Training Curriculum. Tamara teaches ballet and piano classes in NYC and in the New York Metropolitan Area. In her free time, Tamara dances Argentinean tango and salsa, and is a Festival Relations Manager of the Salsa Beach Splash Festival in Croatia.

Angelina danced for fifteen years with Maxine’s Dance Studio LLC, where she was also a teacher on staff. She performed with the Vineland Regional Dance Company (VRDC) for ten years, and was a soloist with the company for four years. Angelina also choreographed four works for the VRDC. Her piece “Run” was chosen to close the Emerging Choreographers showcase performance at the Regional Dance America Northeast Festival in Erie, Pennsylvania, in 2016, making her the youngest choreographer in the organization to do so. Additionally, Angelina has trained with Alonzo King Lines Ballet, Joffrey Ballet, and the Pennsylvania Ballet. She has been awarded many scholarships from numerous organizations, including the VRDC 2018 Jonathan Phelps scholarship, the 2017 Martha Godown Scholarship, and the Marie Bayuk Scholarship. She has also won awards at Regional Dance America Festivals and the Delaware Dance Festival. Angelina graduated Summa Cum Laude in 2018 from Vineland Senior High School. Angelina is currently furthering her dance education at the Conservatory of Dance at SUNY Purchase College with a double major in dance and arts management. 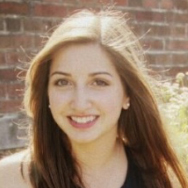 Brianna Gitnik has danced since age 3 at a variety of locations in the New York and Connecticut areas. She is currently studying at Muhlenberg College, in Allentown, Pennsylvania, pursuing degrees in Dance and English with Secondary Education Certification. Throughout her time at Muhlenberg College, Brianna has taken part in courses and experiences designed to hone and develop her skills as an instructor. As part of her Dance major, she has declared a dance education concentration which has allowed her to examine and demonstrate theories of learning by acquiring teaching methods and strategies, and applying them in classes she teaches on campus. She has had the opportunity to work with some of the top professionals in the dance community, and has performed at various venues, most recently including the American College Dance Association East Coast Regional Conference. 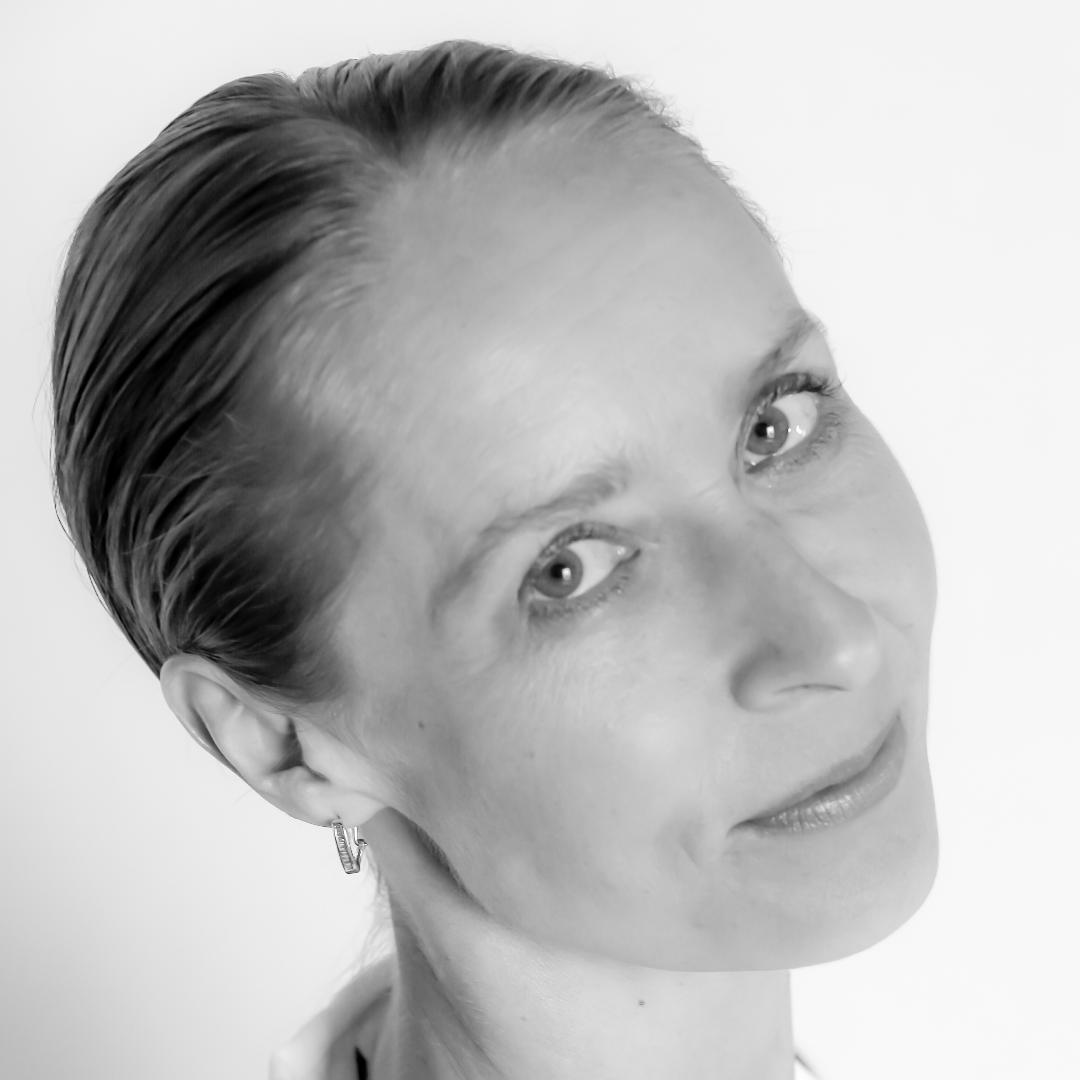 After graduating from the Novosibirsk Choreographic College in 1990, Oksana Konobeyeva won the First Prize at the Vaganova Prix Ballet Competition, and joined the Y. Grigorovitch Bolshoi Theatre Studio Company. She performed solo and principal roles in Swan Lake, La Fille Mal Gardée, Sleeping Beauty, Nutcracker and others. Among her teachers were Elena Ryabinkina, Rimma Karelskaya,Marina Semyonova, Michail Lavrovsky. Ms. Konobeyeva won the First Prize at the Luxembourg International Ballet Competition in 1995, and joined the American Ballet Theatre in 1996. She performed many parts in the company’s repertoire, and some of her solo parts include: Shades Trio in La Bayadère, Flower Girl in Don Quixote, Spring in Ben Stevenson’s Cinderella, Vitality Fairy and Jewels in Sleeping Beauty, solo in Harald Lander’s Études and George Balanchine’s Theme and Variations, and works by John Neumeier and Twyla Tharp. Ms. Konobeyeva toured with both companies all over Europe, Asia, and America. In 2002, she started teaching, got certified in Pilates Mat, and  became an American Ballet Theatre Certified Teacher in Primary through Level 7. From 2011 to 2019, Ms. Konobeyeva taught at the Greenwich Ballet Academy. In her teaching, Ms. Konobeyeva emphasizes many details to provide students with a strong foundation. She is currently staging works from the original classical repertoire, coaching students for Youth America Grand Prix, and choreographing dances for students ages 6 & up. 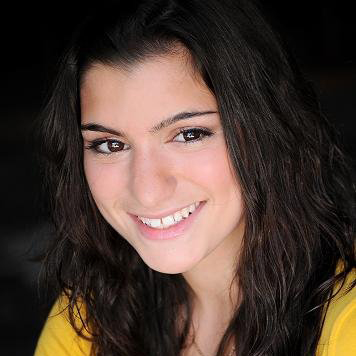 Alyssa Pellegrino was born and raised in Pelham, NY, and began dancing at age 12 at Magical Movements. After high school, her dancing took her to Santa Monica College in Los Angeles, California, where she studied Ballet and Jazz. During her time living in Los Angeles, Alyssa also studied Tap, Brazilian, Hip Hop and Modern dance, as well as appeared in television shows, including Pretty Little Liars, Dexter and Desperate Housewives. In 2013, she continued her Bachelor’s degree in Kentucky, and began teaching dance at a local studio there. She earned her Bachelor of Arts degree in Dance, with a Minor in Film Studies from Western Kentucky University. She now teaches at Magical Movements full time. She also coaches and choreographs for The Shooting Stars, alongside her very first dance teacher, Linda Francica Laraqui.

Aliya Perry received a Bachelor of Arts in Dance & Theater from Manhattanville College. Her background includes working as a dance teacher for over 20 years, a professional dancer with BLOC Talent LA, and an award-winning competition choreographer.
Since she was a little dancing in her parents’ living room, producing events/shows and entertaining others have been Aliya’s biggest passions. She strives to create memorable stage experiences that always leave dancers and guests touched, moved, and inspired. Aliya has produced hundreds of respected dance performances for various competition teams, recreational studios and professional showcases in Hollywood, CA. By combining her dance, entertainment, and teaching background, Aliya delivers a fresh new dance contribution to Magical Movements School of Dance. 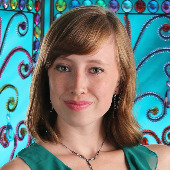 Jade Primicias is excited to join the Magical Movements family, returning home to her New York roots! As Associate Creative Director and company dancer with Tennessee Ballet Theater, she had the opportunity to contribute to the dance community in Memphis TN through both classical ballet and site specific contemporary dance for a number of years. After completing her BA in Dance and BA in English at WKU, she went on to study with the Limón Dance Company, Ate9 Dance Company, Pilobolus, and MOMIX, researching new ways of moving, partnering, and dancemaking. She has taught dancers aged 2.5 to adult in a variety of styles throughout her career, finding that the art of teaching is an incredibly fulfilling and necessary part of her practice. Jade enjoys exploring classical techniques, collaborative improvisation, and acrobatic arts with students of all ages, as she sees dance to be an important combination of these and a crucial part of everyday life. 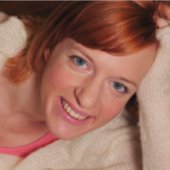 Jennifer Silverman, a Westchester County native, has been dancing for most of her life. Aside from studying jazz, tap, ballet, pointe, and modern, Jennifer also studied the performing arts at NYU Tisch School of the Arts, The Juilliard School, and The University of Miami. She has traveled from coast to coast, performing in such shows as Chicago (Velma Kelly), A Chorus Line (Sheila), In The Heights (Carla), Rent (Maureen), and Cirque Dreams (The Songstress). She has also performed on Celebrity Cruise Lines and at Woodloch Pines Resort as a principal singer/dancer. Jennifer has taught at various studios throughout Westchester County, and continues to perform and choreograph locally. 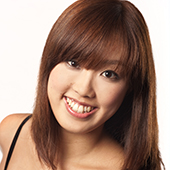 Asami Tomida was born, raised, and began dance training in Japan, where she studied Ballet, Jazz, Contemporary, and Gaga. She received her BA in Dance from Nihon University College of Art, and worked at Universal Studios Japan in 2009. Asami moved to NYC in 2010, and graduated from Hunter College as a Dance Major in 2013. Asami has worked with choreographers Stefanie Batten Bland, Donna Uchizono, Julian Barnet, Yuki Hasegawa, Doug Varone, Samuel Pott, and Ray Sullivan. She also danced with Nimbus Dance Works, Miami Contemporary Dance Company, and New Century Dance Company. 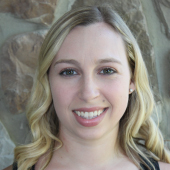 Lindsey Woytowich graduated from Muhlenberg College with a BA in Dance Education and Business Administration. Lindsey began her training at Today’s Dance Center in Medford, NJ, where she studied ballet, jazz, modern, tap, and pointe. She supplemented her dance training at Virginia School of the Arts, American Academy of Ballet, and the Rock School of Philadelphia. Lindsey began teaching in 2012, and continued throughout her time at Muhlenberg College. 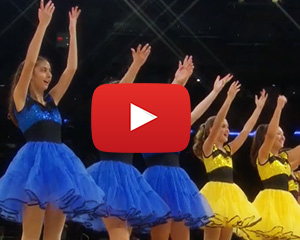 The Shooting Stars were thrilled to have performed at a New York Knicks Pre-game Show at Madison Square Garden. In 2015, they made their Manhattan debut opening for Captiva at the Hudson Guild Theater. They took master classes and performed at DanceFest 2012 – 2019 (Harman Stage, Palace Theatre). They were a part of the 9th – 15th Annual Magical Movements Dance Concerts (McClain Auditorium, Mamaroneck High School), and took the stage at the 2012 – 2014 & 2019 It’s Great to Live in Harrison Celebration (Ma Riis Park). They performed to benefit various campaigns and foundations at Dance Works 2012 – 2019 Fundraiser Showcases (Rye Country Day School Dunn Performing Arts Center & The Performing Arts Center at Purchase College). The Shooting Stars also entertained at Harlem Globetrotters & New York LIberty half-time shows (Westchester County Center). They are a group of girls who love to dance, are eager to be challenged, and shine at every performance.

We have recently started a competition team! Chosen to participate in Performance Project with guest choreographer Aliya Perry, this group is working very hard to take it to another level.